The Naval Submarine League Distinguished Submariner Award recognizes the personal contributions of submarine qualified individuals, officer or enlisted. This award was originally established in 1983 as the Submarine Hero Award, and renamed in 2000 as the Distinguished Submariner Award.
The award is to be made to the most deserving individual when considering his or her lifetime achievements.  The contributions may have been during distinguished service in positions of responsibility in the fleet, or, following naval service, the awardee made contributions of extraordinary value to the success of the submarine force, the Navy, or the nation.
Nominations may be submitted by email to execdirector@navalsubleague.org and should provide a description (no more than a one-page attachment) of how the person meets the criteria above. 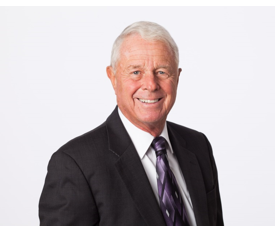 For outstanding and continuing meritorious service in support of the Navy and the submarine force.

Admiral Bowman served the Navy and his country with great distinction for over 38 years of commissioned service. He served in both attack and strategic missile submarines. His at sea commands included USS City of Corpus Christi (SSN 705) and USS Holland (AS32). He was promoted to flag rank in 1991. His flag staff assignments included Deputy Director of Operations, and Director for Political-Military Affairs on the Joint Staff, and Chief of Naval Personnel. In 1996 he was promoted to Admiral and assumed duties as the Director of Naval Nuclear Propulsion. In this assignment he was the third successor to Admiral Hyman G. Rickover. He was responsible for the operations of more than 100 reactors aboard the U. S. Navy’s aircraft carriers and submarines, four Navy training sites, and two Department of Energy laboratories. Following his retirement from the Navy in 2004 he became President and Chief Executive Officer of the Nuclear Engineering Institute. He is currently President of Strategic Decisions, LLC. and is an emeritus member of the American Nuclear Society.  Remaining active within a number of corporate, and engineering organizations, he served on many Boards of Directors dealing with technical matters and national security issues. He is an Director Emeritus of the Naval Submarine League Board of Directors and has served on the Dolphin Scholarship Foundation. Admiral Bowman received many civilian awards including an award for contributions on Radiation Health, an honorary degree of Letters from the Duke University, and an award as an Honorary Knight Commander from the Queen of England. It is most appropriate that his dedicated service is recognized by the Naval Submarine League as a Distinguished Submariner for 2021. 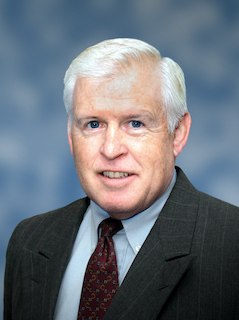 For outstanding and continuing meritorious service in support of the Navy and the submarine force.

Admiral Mies served the Navy with great distinction for over 35 years of commissioned service. He served in both attack and strategic missile submarines. His commands and staff leadership assignments included USS Sea Devil (SSN 664), Submarine Development Squadron Twelve, Chief of Staff, Pacific Submarine Force, Commander Submarine Group Eight, and Commander Submarine Force, US. Atlantic Fleet. In these assignments he directed many sensitive security missions and missions of great importance to the United States. In his final assignment as Commander-in-Chief, U.S. Strategic Command he was responsible for the command and control of the nation’s strategic forces. He was directly involved in formulating nuclear treaties between the US and the former Soviet Union. In retirement Admiral Mies served in sensitive assignments affecting the security of the United States. Assignments included Chairman of the Department of Defense Threat Reduction Advisory Committee, Chairman of the U. S. Strategic Command Advisory Committee, Governor of the Los Alamos and Livermore National Laboratories, and as a member of the International Academy of Sciences’ Committee on International Security. He continued to support the Navy by serving as a Director of the U. S. Naval Academy Foundation and U. S. Naval Institute.  He served as chairman of the Navy Mutual Aid Association and is a Director Emeritus of the Naval Submarine League Board of Directors where he served as chairman. It is most appropriate that his dedicated service is recognized by the Naval Submarine League as a Distinguished Submariner for 2021.

Prior to 2019, the award was restricted to “a Naval Officer, whose contributions have been of extraordinary value to the success of the United States Navy’s submarine program … considering the entire history of the submarine program.”